Back to all posts

Toilets in The Village School and the 1918 Pandemic

A less-than-glamorous post here, but interesting nonetheless, as we’ve been going through a pandemic, and we all gotta “go” 🚽😄. 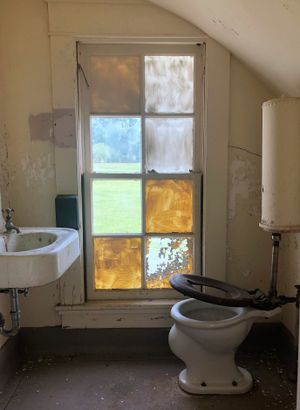 Pictured: Toilets in The Village School - these self-flushing toilets were a sign of the times, as the 1918 Flu pandemic was in full-force at the time of construction. When the seat comes back up, the toilet flushes, so no handling of the lever. (But still, wash yur hands! 🙌)

It is estimated that 40 million people died in the First World War between 1914 and 1918. In that final year of the war the great influenza pandemic took hold and was to cause possibly 50 million fatalities, some estimates claiming a global death toll as high as 100 million.
From a 2018 article in AL.com :
"It is impossible to know for sure exactly how many Alabamans were affected by the flu, since regular reports to the U.S. Public Health Service were never made. But it is known that during the last two weeks of October, more than 37,000 cases of the flu erupted in Alabama. People around the state died by the hundreds," said Michael Leavitt with the Department of Health and Human Services. 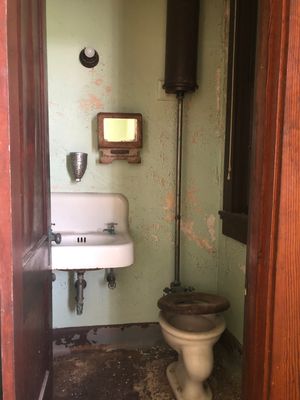